NEW YORK, April 21, 2021 /PRNewswire/ — nftGOAT.io is excited to announce the upcoming launch of its NFT Marketplace, which will soon offer for sale a historic audio recording of original rap songs, written and performed by Aaron Hernandez, the notorious NFL player formerly of the New England Patriots. 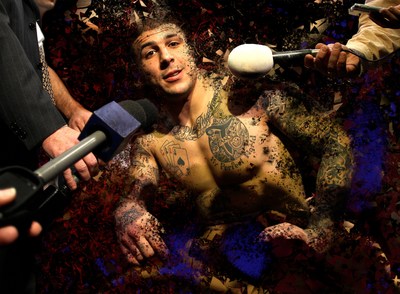 Aaron Hernandez NFT – Collection of four never before heard rap tracks to be auctioned as NFT at nftGOAT.io.

The collection of tracks is titled «AH81 in His Own Words.»  The unreleased tracks will be sold as an NFT, which will be auctioned as part of the launch of the nftGOAT.io platform.   The entire collection will be sold to just one buyer.

AH81 in His Own Words is a collection of four tracks.  Three tracks were recorded in a professional studio while Hernandez was a Patriot, a star player on the world’s most prestigious football team.  The final track was recorded from jail, just days before he passed.  This track is the last known recorded communication Hernandez intended to release to the public.

The tracks showcase multiple facets of Hernandez’s personality and offer unparalleled insight into his turbulent thoughts and worldview.  Hernandez expresses remorse, regret, and love for his family.  At other times, he glorifies violence and gang culture.

Hernandez admits to making many mistakes, but declares his innocence in the case for which he was convicted.

The tracks also contain extremely controversial segments, including shocking lyrics about the New England Patriots and the organization’s coaching and ownership.

The collection will take the NFT buyer on an intimate journey into the mind of Aaron Hernandez as he rose and fell.  This will be one of the most unique and historic NFTs ever offered for sale.

AH81 in His Own Words is more than just a large part of the story of the winningest franchise in the NFL.  This collection is a piece of American history.  The buyer will be the first person to ever hear it outside of Hernandez’s close friends who recorded it.

Aaron Hernandez was recently featured in the Netflix documentary, The Mind of Aaron Hernandez.  The case against him was one of the most famous criminal prosecutions of a superstar athlete in all of American history.  His meteoric rise to fame was followed by his arrest and incarceration when he was only 23 years old.  This led to him taking his own life in jail while serving a life sentence.

Hernandez was posthumously diagnosed with chronic traumatic encephalopathy (CTE), the most severe case ever found in a person his age. In an article about Hernandez from the Boston Globe, Dr. Ann McKee, Director of Boston University’s CTE Center states «We can’t take the pathology and explain the behavior, but we can say collectively that individuals with CTE of this severity have difficulty with impulse control, decision-making, aggression, often emotional volatility, and rage behavior.»

With new charges of extreme violence leveled against a former member of the New England Patriots just this month, the questions surrounding the dangers of football brain injury are more in focus than ever.

It is hoped the release of the AH81 collection in the form of a permanent NFT will move this issue further into the spotlight and help push towards a solution.

A portion of the proceeds from the sale will go to support football brain injury research.

AH81 in His Own Words is expected to go on offer in the very near future, with the exact date to be announced soon.

This will be an unprecedented opportunity to own an important piece of history, and an item so rare that its existence was unknown until this announcement.

Two brief snippets of the audio can be found at nftGOAT.io, along with an email sign up form where interested parties may sign up to receive a notification for the AH81 in His Own Words drop date.

nftGOAT.io will send out an additional unreleased snippet of audio in the coming days exclusively to those who join the email list.

nftGOAT.io is a unique NFT marketplace that will soon launch.  nftGOAT.io will focus on unique physical and digital memorabilia sold directly by superstars and history makers. 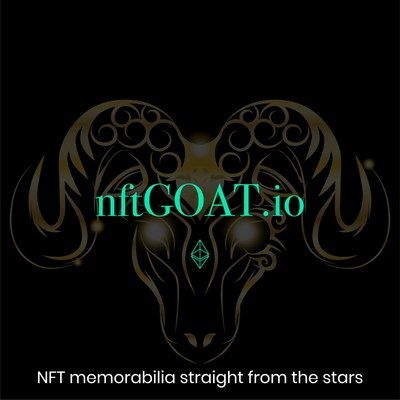 Indiana Sportsbooks Show Resiliency with Return to Growth in May, According to PlayIndiana