BERLIN, May 19, 2021 /PRNewswire/ — Busking is a significant part of Germany’s vibrant street music culture. But with the COVID-19 pandemic putting a halt to live gigs and street performances, buskers are finding new ways to engage audiences digitally. This May, Bigo Live Germany will be holding its first BIGO BUSKER Competition, aiming to provide an avenue for street artists to showcase their talent on the global live streaming platform. 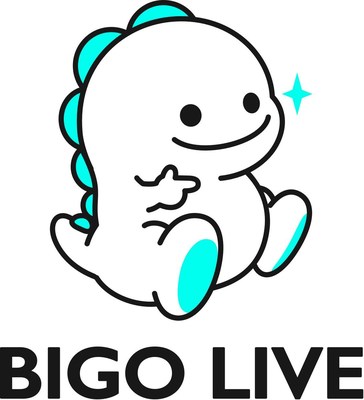 All buskers in Germany are invited to participate in the BIGO BUSKER Competition, with the recruitment season starting in May 2021. Buskers will be given the opportunity to stage a one-hour live show to garner more exposure. As part of the competition, each performer will have an eight minutes period for self-introduction, talent showcase and self-promotion, followed by two minutes of support and jury time. Participants can also join in the Bigo Live Busker Online Concert, held in the live house once a month.

As a leading live streaming platform globally, Bigo Live is shaping up to be a diverse and inclusive medium that empowers ordinary people and artists on a broader virtual scale, beyond geographical restrictions.

No longer a niche market for gamers, live streaming is changing the way street busking is consumed as an art form, and this rising trend is unlikely to slow down even after lockdown measures are eased. Not limited to just music, Bigo Live also welcomes all creators across a variety of verticals, including dance, fitness, DJ’ing and more, to join their supportive in-app environment.

«Bigo Live has a wide international fanbase. I was surprised to find out that I can connect with people worldwide,» said Cea (Bigo id: 731973559), a broadcaster in the local busking community. «Live streaming is a great alternative for street artists since busking is not permitted due to COVID-19. It allows me to play music and get my name out to people that are not just limited to Germany.»

Through Bigo Live, users can also discover like-minded communities where people share similar interests and hobbies. One such individual is Elan Zack (Bigo id: Elan. zack), an Indonesian-born broadcaster who moved to Germany and found friendship within the BIGO community. He said, «I have connected with many musician friends who also are from a similar background on this app. It is an amazing experience that I would have never had if not for Bigo Live.»

The event also comes with some rewarding benefits. The top three winning participants will get to take home US$1,500, US$800 and US$400 in cash prizes, respectively. In addition, the winners will have the chance to perform on BIGO’s official global live house, which will attract viewers from all around the world. As many buskers have had their income hit by the COVID-19 outbreak, this can serve as an alternative source of earnings to help them tide over this difficult period.

Bigo Live is a leading global live streaming platform where users can showcase their talents and interact with audiences worldwide in real-time. Launched in 2016, the app has seen massive popularity, with around 400 million users in more than 150 countries. Bigo Live is owned by BIGO Technology, one of the fastest-growing technology companies in Singapore.

SKT to Participate in E3 2021 to Showcase Exciting Korean Games