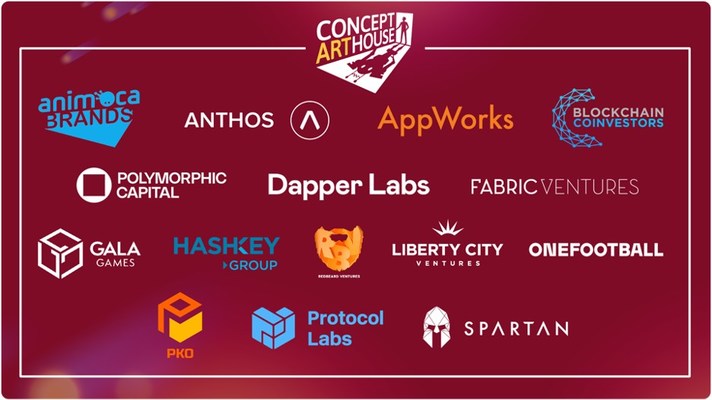 The capital was raised from existing and new investors and blends venture capital funds, leading NFT platforms, and angel investors including prominent CEOs and tech founders.The investor base highlights the appetite for CAH’s diverse offerings and its push into the NFT realm, under its fast growing Crypto Art House division. One of its more notable NFT drops in partnership with Gala Games was the highly successful NFT drop celebrating the 30th anniversary of Sin City by Frank Miller. This led to record breaking sales.

«We are ecstatic with this raise and to receive such confidence from top-tier and diverse industry leaders and investors,» said CAH CEO James Zhang.  «For years, Concept Art House has been known for producing best-in-class art for gaming and the greater entertainment industry. We now find ourselves at the intersection of NFT and gaming, two of the fastest growth areas in the blockchain ecosystem and digital entertainment. With the new funding and tremendous wind in our sails, we are relentlessly focused on being a dominant force in NFT creation and blockchain gaming.»

Dapper Labs CEO Roham Gharegozlou said: «We’re psyched to be extending our relationship with James and the talented team at CAH and excited to be both leading this round and joining the Board, which is a first for us. We believe that CAH will continue to be a creative powerhouse in the digital content and NFT arena, which we know first hand from our working relationship and collaboration on many exciting projects including our upcoming UFC digital collectibles experience launching on Flow.»

«I’m very happy to be joining the Board and look forward to working closely with James and the team to build on CAH’s outstanding success for years to come,» added Naayem.

Zhang added that the new capital will be allocated to the continued build-out of the team, which has grown 30% year-to-date, looking at opportunistic acquisitions, building a vast NFT vault and securing and adding a new dimension to larger licensing deals across top blockchain protocols and marketplaces.

«As blockchain and digital content investors we pay close attention to the valuation creation in this arena and CAH sits in front of some of the fastest growing and most exciting tailwinds that this space has to offer,» said Matthew Le Merle, CAH Chairman and Managing Partner at Blockchain Coinvestors, a leading blockchain venture fund-of-funds and co-investment program.

About Concept Art House
Since its founding in 2007, Concept Art House (CAH) has provided art for some of the most popular and successful game companies in the world. In its storied history, CAH has helped ship over 1000 games, many of which became smash hits and achieved top ratings in iTunes, Google Play, Steam, and console marketplaces alike. CAH has created art for such notable gaming franchises such as: Call of Duty Mobile, Fortnite, Game of Thrones: Conquest, Hearthstone, League of Legends, Magic: The Gathering, Marvel: Contest of Champions, NBA 2K series, ROBLOX, PUBG and many more. CAH is headquartered in San Francisco, CA with offices in Shanghai and Chengdu, China. Visit us at www.conceptarthouse.com.

Sports Nutrition Market Worth US$ 75 Bn by end of 2027, Says Coherent Market Insights