MEXICO CITY, June 28, 2021 /PRNewswire/ — Today, Corona became the first Mexican brand in the history of the Cannes Lions International Festival of Creativity to win a Titanium Lion, thanks to the «El clásico de la historia» («The historical clasico») initiative, co-created with agency We Believers. 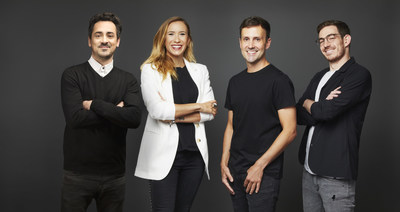 After over 60 days without football in the country due to the pandemic, «El clásico de la historia» brought the sport back to millions of Mexican fans with a brand new football match between America and Chivas -the two biggest teams, with the largest fanbase and a rivalry that dates back over 70 years- created from 70 hours of historical audiovisual material by a team of more than 20 editors who were able to transform those recordings into a classic match for Mexico, the most-viewed Mexican match of all time.

In the words of Fabio Baracho, vice president of marketing at Grupo Modelo, «iconic brands are those that step up in difficult times, that are committed to showing they’re the product or service that goes the extra mile to offer people support».

For his part, Alejandro Gershberg, the group’s marketing director said: «in the industry, we’re used to talking about impressions, conversation, reach, etc. And we had all of that, but as a brand what we expect from creative work is to strengthen the business and bring people together; our sales grew 54%, we managed to keep 30,000 employees in work and entertained the whole of Mexico«.

With the 54% increase in sales compared to a normal week of football and donations from brands such as Aeroméxico, Carl’s Jr., Jumex and Nescafé, «El clásico de la historia» broke down the barriers of both lockdown and time to provide an example of togetherness, the reactivation of the economy and technological innovation, with the associated brands even appearing on the hoardings of the historical matches that were used for the broadcast.

«This initiative was not only the perfect solution for bringing football back to the people and generating sales during the worst times of Covid, it was also the genesis of a new entertainment platform. We’re already working to grow it in other markets, with other sports and even in other fields such as cinema, editing a film made from hundreds of films. The possibilities are endless», said Gustavo Lauria, co-founder and general creative director of We Believers.

About Corona:
Founded in Mexico, Corona is the country’s leading beer brand and the Mexican beer with a unique clarity which is synonymous with its quality and makes it glow in every corner of Mexico and in over 180 countries around the world. Corona Extra was manufactured for the first time in 1925 at the Modelo Brewery in Mexico City. Corona is a pioneer in the beer industry as it was the first to use a transparent bottle that showcases its clarity, synonymous with its unrivalled quality around the world.

Bitcoin.com Founder Roger Ver Donates 1000 Laptops, Copies of Economics in One Lesson, to Students in Antigua