SEOUL, South Korea, May 28, 2021 /PRNewswire/ — Dr. Seungpil Yu is a living witness to the long history of Yuyu Pharma, which celebrated its 80th anniversary this year, having laid the foundation for Yuyu Pharma to continue to thrive well into its 100th year. While in the United States, Dr. Yu received his PhD in International Business Administration from Columbia University and was an assistant professor at Pace University’s graduate school before returning home to Korea to take over the family business. 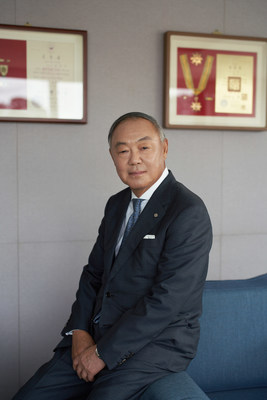 During his 46-year term running Yuyu Pharma, Dr. Yu transformed Yuyu’s product portfolio from one focusing on generic drugs to one focusing on specialty drugs. In anticipation of an aging society, Dr. Yu oversaw the introduction of two new improved drugs: Maxmarvil, for the treatment of osteoporosis and Yuclid, an antiplatelet drug. During his tenure, Yuyu Pharma, while small, had grown into a shiny diamond-like company.

Dr. Yu has also served as the honorary consul of the Republic of Haiti since 1997 and served as the Honorary Consul General of Korea for four years from 2013 making great efforts for communication and harmonization among honorary consuls who play an important role in elevating the status of the Republic of Korea. Furthermore, Dr. Yu is also the honorary Chairman of the Korean National Opera (KNO), practicing the policy of returning corporate profits back to the community through its patronage of the KNO.

After retirement, Dr. Yu will serve as honorary Chairman to Yuyu Pharma, continue to promote the culture and arts at Heyri Village, and continue to mentor young students at universities.