LOS ANGELES, Sept. 29, 2021 /PRNewswire/ — Today, global esports and competitive gaming organization Immortals Gaming Club («IGC») announced a number of executive promotions as part of a comprehensive corporate reorganization designed to hasten IGC’s growth and operating efficiency across each of its businesses, including the promotions of current Chief Executive Officer Ari Segal and Chief Operating Officer Tomi Kovanen to Co-Managing Directors of IGC. IGC and its shareholders continue to own and manage what are now four distinct business units: Immortals, MIBR, Gamers Club, and LA Valiant. Each of IGC’s business units is cash-flow positive. 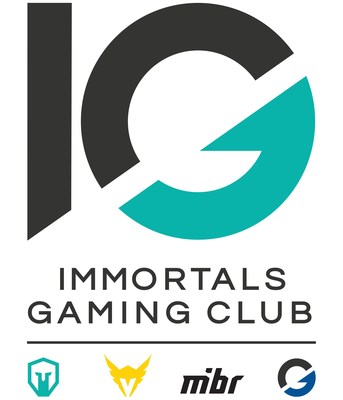 As part of IGC’s strategic positioning to continue its operational growth and pursue new initiatives:

Segal and Kovanen also announced the formation of a new venture in competitive gaming outside of esports team operations. This new venture has already secured capital investment from IGC itself, several IGC investors individually, and new, non-IGC investors. Details about this new venture will be revealed in the coming months.

Meg Whitman, the company’s largest shareholder said, «Ari and the IGC management team have done remarkable work in navigating a dynamic competitive gaming landscape. Strong top-line growth and positive cash flow from each of our business units are testaments to sound strategy and excellent management. We look forward to an ongoing partnership with Ari and Tomi both through their roles overseeing the IGC operating entities as well as an exciting new venture in which IGC and many of its shareholders were thrilled to invest directly. Our platforms and people have never been stronger.»

Segal said, «I am immensely proud of the work we’ve done at IGC over the last several years. The businesses that have been built and the platforms our leaders now have to grow their respective businesses – comprehensively and across the operating assets individually – are a testament to a relentless pursuit of product-market fit and a team with the character to take chances and never settle. We could not have taken such an action-oriented, aggressive approach without the complete support and backing of our investors and Board of Directors. I look forward to helping Jordan, Yuri, and Roberta take these businesses to even greater heights.»

Jordan Sherman will assume the title of CEO of Immortals effective as of September 30, 2021. Sherman will succeed Segal as CEO, with Segal being promoted to Executive Chairman. Segal will remain a member of Immortals’ Board of Directors, which he will now chair.

Segal said, «Jordan is a values-oriented and culture-building thought-leader, sales leader, and operator, and the ideal person to lead Immortals’ day-to-day operations as CEO. There is palpable energy and enthusiasm across our company that is largely attributable to Jordan. He has quickly leveled up all of our functions, and commercial momentum is accelerating across multiple dimensions.»

Sherman said, «I’m grateful for the opportunity to lead Immortals in this next chapter. Ari and the senior leadership team, as well as Immortals’ Board of Directors, have been incredibly supportive of me, starting in the initial hiring process, onboarding, and carrying through to today’s announcement. There has been a lot of hard work done to get the company to this point; from here, we can grow from a position of strength and stability. Immortals will make a series of announcements over the coming weeks that will further define and describe our shared vision and the opportunities ahead.»

Sherman joined IGC as its President & Chief Commercial Officer in May 2021. He was previously the Chief Revenue Officer at Gen.G, and has also held roles with the Los Angeles Clippers and at Major League Baseball.

Since Sherman joined Immortals in May, Immortals has focused significant time and attention on what Sherman calls, «lowering the entry point for fans and brands» wanting to enter or access competitive gaming. Early initiatives include a recently unveiled «Zero Profit Pricing» strategy, in which a new line of merchandise sold to fans yields zero profits for Immortals; expansion into Riot Games’ new mobile title, Wild Rift; and introduction of new content formats to further engage fans such as «IMT Reacts,» an immediate, direct to a camera post-game interview with a player or principal. Immortals also made several executive hires including Brett McGrew (formerly Los Angeles Dodgers) as VP of Partnerships & Activation and Brad Peters (formerly Ubisoft) as Immortals’ new and first-ever dedicated brand director.

Roberta Coelho was officially named CEO of MIBR on July 19, 2021 becoming MIBR’s first dedicated CEO since the brand was re-launched under IGC’s ownership in 2018.

Prior to joining MIBR, Coelho was Co-Creator and CEO of Game XP, the world’s first game park, a celebration of games, music, and entertainment with a total audience of more than 12 million viewers. Gaming content produced by Game XP included «Grrrls League,» the first female CS:GO league in Brazil. Grrrls League, in which MIBR participates, is the largest professional female esports league of any title in Brazil, and the largest female CS:GO league globally. Coelho also served as CFO and Head of Business Development of Rock in Rio, the biggest music festival in the world, from 2012-2021.

Coelho said, «MIBR is a beloved Brazilian brand and has deep meaning for many Brazilian esports fans. I am elated to take a lead in helping the brand grow and reach its potential by expanding further into esports and creating meaningful experiences for our fans and followers. MIBR is and will continue to be a high-performance team. Together with our senior management, advisors, athletes, and an amazing team, we will get to the top of the world.»

Uchiyama said, «It is a great milestone for MIBR, a Brazilian organization, to have a dedicated Brazilian management team led by Roberta Coelho, an MIBR supporter. MIBR will have people focused on its growth and helping to bring more titles to its fans. Roberta has vast experience in the entertainment market and is the right person to take MIBR forward. I’m excited to support her on this journey.»

Additionally, Coelho announced the formation of the first-ever MIBR Advisory Board. Charter members include Paulo Velloso, MIBR’s original founder; Ivan Martinho, General Manager/CEO of World Surf League Latin America; and Yuri Uchiyama, Co-Founder and CEO of Gamers Club. The MIBR Advisory Board will assist and advise Coelho on a range of topics including MIBR’s brand position, fan sentiment, marketing, community development, as well as competitive operations. The new board aims to bring together executives and community members with diverse perspectives and expertise that can help MIBR strengthen its position in Brazil and grow globally.

MIBR founder Paulo Velloso said, «Returning to MIBR and being named a charter member of the MIBR Advisory Board is an honor, a source of very great pride for me. We – the Board, team, and MIBR fans – have an incredible opportunity to work with Roberta to get MIBR back to the top where it belongs.»

Martinho said, «After years of working with traditional sports, the opportunity to make my debut in the esports scene at MIBR, where I can both learn and contribute to such a winning and ambitious organization, fills me with great joy and a sense of responsibility.»

Gamers Club was founded in 2015 and acquired by IGC in December 2018. Since IGC’s acquisition and under the leadership of Uchiyama, Gamers Club has become the go-to community hub in Latin America and the second-largest matchmaking platform globally, with a presence in multiple languages and countries throughout the continent. Gamers Club has features ranging from matchmaking to tournaments and media coverage, varying levels of support and functionality across six different game titles, and partnerships with companies including Riot Games, Epic Games, Valve, and Microsoft. Gamers Club has more than two million registered users, of which more than half are active on at least a monthly basis.

Uchiyama said, «Following IGC’s investment and because of the strength of our core community, Gamers Club has become a key strategic competitive gaming asset in Latin America. We look forward to sharing several other projects and opportunities that will enable us to improve the community members’ experience and continue to add value to the community by partnering with publishers, players, and other competitive gaming stakeholders.»

About Immortals
Founded in 2015, Immortals is a US-based esports and gaming organization that competes across multiple premier esports titles including League of Legends (LCS), VALORANT, and Wild Rift. Through its competitive operations as well as community-driven activations and initiatives, tournaments, partnerships, and more, Immortals is dedicated to using gaming as a connective force linking its players, fans, staff, and the broader gaming community.

About MIBR
MIBR is Latin America’s largest and most competitively successful esports organization with multiple world championships since its founding in 2003. The MIBR brand was acquired and re-launched by Immortals Gaming Club in June 2018 and quickly reclaimed its position as a dominant gaming brand globally. MIBR, short for «Made in Brazil,» has been home to many of Brazil’s most celebrated players and rosters and represents Brazil’s avid gaming community in its home country and around the world.

About Gamers Club
Gamers Club is the largest matchmaking platform and gaming community hub in Latin America and the second largest globally. The company was founded in 2015 and acquired by Immortals Gaming club in 2018. Gamers Club provides a suite of functionality to a diverse array of players, fans and enthusiasts, ranging from amateurs and hobbyists to aspiring professionals in multiple Latin American countries and across multiple games. The platform enables players to practice, play, compete, and otherwise engage in competitive gaming.

About the Los Angeles Valiant
The Los Angeles Valiant, a charter franchise of Activision Blizzard’s Overwatch League, were founded in 2017 and began play in 2018. The Valiant were the Overwatch League’s first ever Pacific Division Champion and are the only franchise to have multiple players win the Dennis Hawelka Award, given annually to the player who has the most positive impact on his or her community. The organization’s «Be Valiant» community event initiative set an industry standard for programming specifically targeted to underserved communities in gaming.