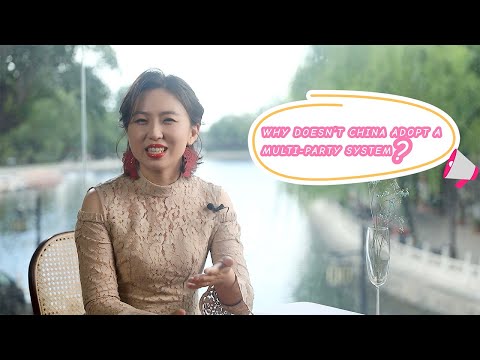 BEIJING, June 18, 2021 /PRNewswire/ — An interview with Sun Wanlu, a commentator from China.org.cn on China’s party system:

Party system is too broad a topic. In fact, for us ordinary people, if we can live a peaceful life in a peaceful country, with a promise of a better life, we’ll say this system and this ruling party are good.

I remember last year, to fight against the COVID-19 epidemic, China built two hospitals in 10 days. This astonished many netizens from other countries. They said that in their countries, a planning meeting would take more than 10 days, let alone reaching an agreement. I think, of course it’s necessary to discuss things, but these things would directly affect we ordinary people, efficiency and effects matter.

Under the Chinese system, the ruling party considers the big picture. It is highly efficient at making decisions and taking actions. It is capable of mobilizing resources to «get the major tasks done.» For example, our cameraman comes from Gansu, a province which used to be home to many impoverished counties. Some villagers there didn’t even have access to drinking water back then. In recent years, the government made targeted plans, down to each household’s conditions, to lift them out of poverty. Some eastern provinces, cities and companies also provided targeted assistance.

In addition, ending hunger and building a moderately prosperous society were put forward by Chinese leaders decades ago. Over the years, the leadership has changed several times, but these goals have been continually refined. And we can see that China made many plans in five, 10, or even 30 year timeframes, they are set to be consistent, so the people don’t have to worry about ever-changing policies.

The West often questions why China doesn’t adopt a multi-party system. They keep «recommending» what they think is good to others. But I don’t think a multi-party system is the only choice for people to lead happy lives. The proof is in the pudding. If suits one’s needs, it’s the best.