NEW YORK, Sept. 24, 2021 /PRNewswire/ — KIDZ BOP is continuing its international expansion by launching in France and Mexico, tied to the release of its newest album, «KIDZ BOP 2022,» available globally on October 22. The #1 music brand for kids has partnered with Gulli, the top French children’s network, as the official media partner in France. KIDZ BOP will announce the official media partner in Mexico shortly. For the first-time ever, KIDZ BOP is releasing five official music videos, in four languages, on one day. The video premieres coincide with the introduction of the first-ever group of French KIDZ BOP Kids, and new British KIDZ BOP Kids. Universal Music Group is KIDZ BOP’s global distribution partner. 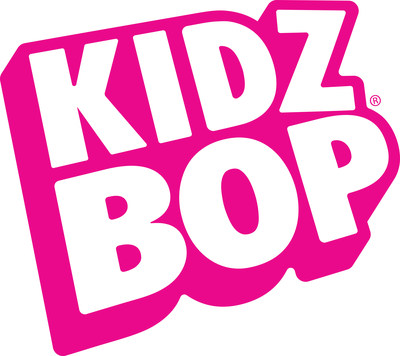 Gulli will help introduce KIDZ BOP to millions more kids and families worldwide through their digital and broadcast channels. Additionally, KIDZ BOP content will be featured on-site at the Gulli Tour, and the French KIDZ BOP Kids will be making appearances on Gulli TV shows.

KIDZ BOP President, Sasha Junk, said, «Gulli is a trusted family media brand, which make them the ideal partner to help us launch KIDZ BOP in France. This latest expansion into France and Mexico builds upon KIDZ BOP’s successful roll out in other key territories, including the UK and Germany, bringing KIDZ BOP to even more kids worldwide.»

President of Gulli, Philippe Bony, said, «As a leader in the kids industry, Gulli is much more than a TV channel. Gulli is a reputable brand among families, and a part of their daily lives. Music and entertainment bring everyone together. We are glad to support, through our media platform, the arrival of KIDZ BOP in France.»

KIDZ BOP has sold over 22.5 million albums and generated over 6.5 billion streams globally since the family-friendly music brand debuted in 2001. The best-selling series has had 24 Top 10 debuts on the Billboard 200 Chart; only three artists in history—The Beatles, The Rolling Stones, and Barbra Streisand—have had more Top 10 albums.

KIDZ BOP is the #1 music brand for kids, featuring today’s biggest global pop hits, «sung by kids for kids.» In 2021, KIDZ BOP is celebrating its 20th birthday, and since its launch, the family-friendly music brand has sold more than 22.5 million albums and generated over 6.5 billion streams. KIDZ BOP connects with kids and families through its best-selling albums, music videos, consumer products and live tours. The music franchise is expanding internationally and currently records in 5 different languages. KIDZ BOP is Billboard Magazine’s «#1 Kid Artist» for eleven consecutive years. The brand has its own dedicated channel on SiriusXM – KIDZ BOP Radio (Channel 77) — where it’s all KIDZ BOP, all the time. KIDZ BOP has had 24 Top 10 debuts on the Billboard 200 Chart; only three artists in history—The Beatles, The Rolling Stones, and Barbra Streisand—have had more Top 10 albums. For more information, visit www.KIDZBOP.com.  KIDZ BOP is a part of Concord.

Gulli (Groupe M6) is the first kids channel in France. 96% of Kids watch Gulli regularly and meet their favourite heroes across the different cartoons, comedies, live actions, cinema, games and documentaries. Gulli has developed several digital media such as Gulli Replay (215M views in 2020), GulliMax, our SVOD offer (3M subscribers) and always more exclusive content on social networks (+2M subs on YouTube, Facebook, Instagram and TikTok). More than just an entertainment brand, Gulli became an overall one, engaged and comforting. According to parents, Gulli is the channel that provides the most of learnings to their kids. Indeed, Gulli is engaging itself, on the screens and also on the field, through values such as respect and tolerance. As a leader, Gulli aims at being responsible toward kids and families and is committed to informing and raising awareness among those future citizens.

Introducing Bowmore® No Corners to Hide to Global Travel Retail