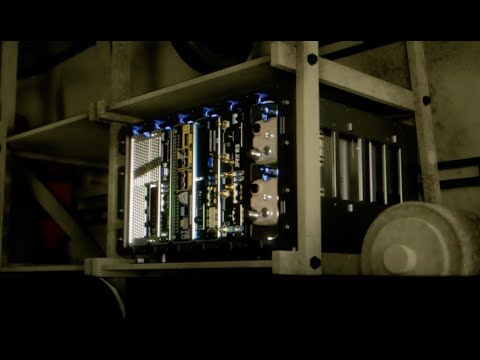 AI/ML, IoT, and other cloud-enabled battlefield applications at the tactical edge face three significant challenges: First, these applications require massive processing power and data center connectivity not readily available at the edge. Second, even if more compute power is available, military vehicles (manned and unmanned) have a fixed and finite amount of shelf space for tactical communications equipment. And third, delivering all of these capabilities into vehicles that are in some cases decades old requires well thought out power management and delivery for the high-performance technology.

Voyager 6 addresses these challenges by extending processing and analytical power to edge environments – in turn exponentially increasing the tactical comms capabilities that can go into the space, and what troops can get out of it. At the same time, it essentially operates as a standardized envelope for innovation that seamlessly integrates into military vehicles.

Voyager is a modular and scalable range of network, compute and radio systems modules designed with a common form factor which allows users to repurpose existing Voyager modules and chassis with the ability to easily incorporate new capabilities as the mission dictates. Key Voyager 6 Components can include but are not limited to:

SAVE paves the way for open standards, as U.S. Army progresses in making C4ISR/Electronic Warfare Modular Open Suite of Standards (CMOSS) available. CMOSS converges select Army warfighting capabilities — such as mission command, movement and maneuver, and fires — into one system, versus the current method of integrating a multitude of separate capability «boxes» into vehicles.

Ericksen adds, «Klas is already working with CMOSS partners to fit the open systems architecture into the SAVE envelope, and our DoD customers can for the first time, bring the immense power of the cloud to enable AI, analytics and other applications into the field. And by wrapping in our Tactical Cloud Platform, commanders have access to applications and data at the edge, even when disconnected.»

About Klas Government
Klas Government makes the world’s most powerful deployable communications solutions to meet the needs of government and military communicators in any operational environment. The company enables customers to communicate in extreme environments, where nobody else in the market can, by delivering tactical and executive communications systems specifically designed to move faster, travel lighter and work better under worse conditions than anything else available. To learn more, visit our website or follow us on LinkedIn. 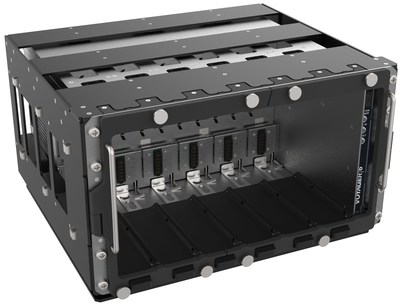