NEW YORK, May 18, 2021 /PRNewswire/ — Knock, the real estate technology startup that is bringing certainty, convenience and cost savings to buying and selling homes, announced today that it has hired Jennifer T. Miller, the former General Counsel, Head of Regulatory Affairs at Loon, the Alphabet moonshot company, as Chief Legal Officer and promoted Terra Casey Soloski to Vice President, People. Both are newly created roles that will help to accelerate the company’s mission of empowering people to move freely by making it easy to buy their dream home before listing their old one. 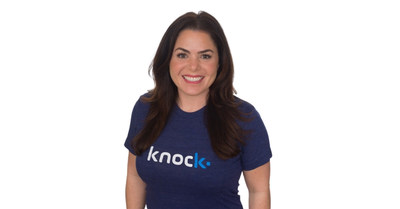 Both are newly created roles that will help to accelerate the company’s mission of empowering people to move freely.

As Chief Legal Officer, Miller will oversee all of Knock’s legal activities, including corporate governance, litigation, intellectual property and contractual matters. During her 20-year career, she has distinguished herself as a business-focused legal executive for hyper-growth technology companies, including Loon, Gigamon, Hewlett-Packard and Cisco. She also has extensive and deep experience helping companies achieve their intellectual property goals, including developing and protecting brands, trademarks and copyrights.

Previously Head of Talent and Culture, Soloski in her new role will be responsible for talent acquisition, culture, diversity and inclusion, employer brand, employee engagement, compensation, benefits and HR compliance as the company scales from 100 employees at the start of 2021 to nearly 500 by year-end. During her four and a half years at Knock, she has been instrumental in recruiting world-class talent and building the company’s POPSICLE (Passionate, Open, People First, Simplicity, Impact, Courage, Learning, Enjoying Life) culture that has earned Knock Inc. Magazine’s Best Places to Work designation three years in a row and Forbes’ Best Startup Employers 2020-21.

«Knock has spent the last five years perfecting a consumer-first solution that brings certainty, convenience and cost savings to the often complicated and stressful process of buying and selling a home,» said Black. «We are at a critical inflection point in our growth that requires us to build out our leadership team.»

Black added, «As someone who has served as the general counsel for a technology startup operating in two highly regulated industries and helped to take another fast-growing tech company public, Jennifer is an incredible addition to the team. Terra was one of our first hires, and she has played an integral role in shaping who we are as a company. I’m thrilled to welcome Jennifer to the Knock team, and excited that Terra will continue to lead all things people, talent and culture at Knock for years to come.»

Miller brings a track record of building high-performing teams, navigating highly regulated industries and orchestrating key corporate events, such as M&A and IPOs. During her three years at Loon, she built a legal and regulatory framework and worked closely with governments worldwide that allowed the company to bring internet connectivity to people in remote and rural locations worldwide. Prior to Loon, she spent five years as Vice President & Deputy General Counsel at Gigamon, where she helped take the company public in 2013 and then private again in 2017. Earlier, she served as Senior Intellectual Property Counsel at Hewlett-Packard and Senior Corporate Counsel, Media and Entertainment at Cisco Systems Inc.

«Throughout my career I’ve been attracted to innovative companies with strong collaborative executive teams that envision how things should be and redefine their industry,» Miller said. «Knock is one of those companies. I am inspired by how Knock envisions a world where people can move freely, and am excited to be joining such an incredibly talented team as the company’s first chief legal officer.»

Throughout her career, Miller has focused on advancing women in leadership roles. She served as a director of Leading Women in Technology from 2012 to 2015. She holds a bachelor’s degree from Mount Holyoke College, a master’s degree from The George Washington University and a law degree from Georgetown University Law Center.

Prior to joining Knock as its Lead Recruiter in 2016, Soloski was a recruiter at WideOrbit. She also spent nearly nine years at Robert Half International, where she managed a multi-million-dollar consulting practice. She holds a bachelor’s degree from San Francisco State University.

«I knew from Day 1 that Knock is a special company, filled with special people,» said Soloski. «I couldn’t be more excited to have the opportunity to continue to build on the success we’ve had.»

Miller’s hire and Soloski’s promotion are the latest in a series of leadership announcements Knock has made in 2021 to fuel its growth strategy. In January, the company named former Lyft Vice President, Finance, Michelle DeBella as its first Chief Financial Officer and in February it appointed mortgage industry veteran Laura Gray Head of Lending. The company also elected Vijaya Kaza, Airbnb Chief Security Officer and Head of Engineering & Data Science for Trust & Safety, to its board of directors.

With the Knock Home Swap™, consumers have the convenience and certainty of buying their new home before selling their old house. They skip the hassles of living through repairs and showings and have home prep covered upfront so their old house sells for the highest possible price. The Knock Home Swap is available through nearly 200 real estate brokerage firms with nearly 85,000 agents throughout Arizona, Southern California, Colorado, Florida, Georgia, Minnesota, North Carolina, South Carolina, Tennessee and Texas. Knock plans to offer the Home Swap in over 100 markets by 2023.

About Knock
Knock is on a mission to empower people to move freely. The Knock Home Swap™ makes it easy for consumers to buy their new dream home before selling their old one, skipping the hassles of living through repairs and showings, paying only one mortgage at a time, and having home prep covered upfront so their old house sells for the highest possible price. Knock currently offers the Home Swap in 40 markets in 10 states and plans to be in over 100 markets by 2023. 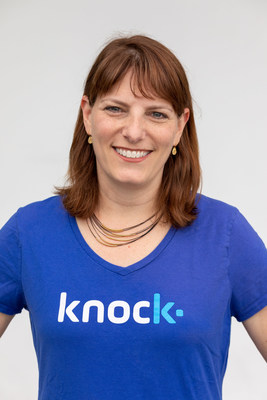