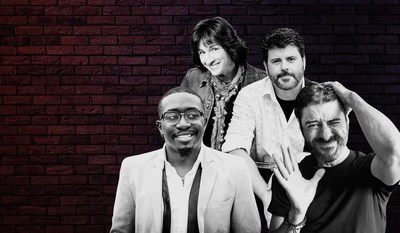 First up is Operation Punchline, a laugh-out-loud comedy team featuring four individual comedians, which includes: Slade Ham, a comedian who has four albums, an Amazon special, a book, plus is the host of two podcasts, who brings everyday humor to life. Next is Julie Scoggins, a former truck driver who is a regular on Sirius/XM’s Blue Collar Radio, giving you an idea of her sense of «everyman» humor. With J.R. Brow, fans can expect crazy stories, spot-on impressions, original music and riffs on human nature. And no one gets the last word in better than Tre Tutson, whose unfiltered comedic style delivers jabs and pokes to just about anyone – including himself.

Ham shared his sentiment about the upcoming tour: «There is something indescribable about a live comedy show, about looking strangers in the eye and laughing together. It’s something we’ve been deprived of the last year and a half. Many of us have felt isolated, and one of the best ways to break that feeling is to experience art with a community. In fact, I think getting back out into the world and performing for the men and women in uniform might be as therapeutic for the comedians as it is for the troops.»

Dueling Pianos draws you in to sing along, joke around and remain in awe of the musical prowess of the performers who have memorized thousands of songs from every genre and every era. The three musicians, Joi Keeling, Pamela Hopkins and Stephen Dakin tag-team tunes and banter for a full night of non-stop enjoyment. They will be performing at NS Guantanamo Bay, Cuba, October 6-7 and at Soto Cano AB, Honduras October 10.

Pop ROCKS, a high-energy live music show, mashes up the best of today’s Top 40 hits, throwback hip-hop, pop-country, party rock and timeless classics into one huge party that’s part DJ, part musical theatrics and all the energy of a live arena concert. They five-person team will be in Southwest Asia October 26 – November 4.

Brian Burke, AFE Marketing & Business Analyst, said military personnel overseas have been thrilled about live entertainment returning after more than a year of virtual performances. «What we did not expect is how excited the performers are to be back on stage, connecting with live audiences, an experience that is fulfilling for all involved,» said Burke.

The full artist lineup and schedule are available at the AFE HUB.