ATOTONILCO EL ALTO, Jalisco, Mexico, Oct. 6, 2021 /PRNewswire/ — Today, PATRÓN, the world’s number one ultra-premium tequila, has announced the release of its latest aged expression, PATRÓN Sherry Cask Aged Añejo. Conceived within the walls of the beautiful Hacienda PATRÓN distillery in Jalisco, Mexico—where some of the industry’s most innovative and exclusive spirits have come to life—this limited-edition tequila is a testament to the PATRÓN production team’s legendary devotion to craftsmanship and excellence. 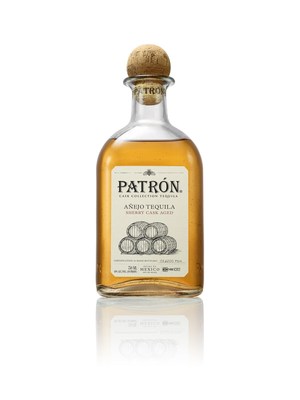 Concepted originally by former Master Distiller, Francisco Alcaraz, PATRÓN Sherry Cask Aged Añejo is remarkably distinctive, and matures for more than two years in Spanish oak barrels once used to produce the finest Oloroso sherry. Each barrel is unique, requiring current Master Distiller, David Rodriguez, to artfully blend the tequila from each cask in order to achieve the perfect expression. Meticulous precision and care are fundamental to this process, and highlight how PATRÓN goes to exceptional efforts to achieve perfection time and again.

PATRÓN Sherry Cask Añejo Tequila is inspired by sherry, a fortified, aged, and blended wine made only in the Andalucia region in Southern Spain, also known as «the Sherry triangle.» One of the oldest wines in the world, sherry has seen a resurgence in recent years, making its way into cocktail recipes at the most popular bars in cities across the globe. PATRÓN Sherry Cask Aged Añejo enhances this trend and emphasizes the versatility of PATRÓN tequila, which allows for experimentation that goes well beyond the timeless margarita.

«Our new Sherry Cask Aged Añejo tequila reveals the special multi-dimensional nature of PATRÓN, and its ability to imbue delightfully unique flavors to classic cocktails that are traditionally crafted using other spirits,» said David Rodriguez, PATRÓN Master Distiller. «Not only that, but this tequila features a distinct and exceptional taste profile, with more pronounced and complex aromas. I am enormously proud of this innovation and can’t wait for people to try this tequila, which is a reflection of our masterful process that demands painstaking artisanal talent.»

The combination of superior raw materials with an exacting production process culminates in a deeply complex and aromatic tequila characterized by a crystalline, amber gold color with notes of caramel, toasted walnuts and coconut. The sherry barrels also impart a tantalizing hint of pecans. More detailed tasting notes include:

PATRÓN Sherry Cask Aged Añejo Tequila is available now until supplies last and sold exclusively in the United States on drizly.com and at retailers for a suggested retail price of $79.99 per 750ml bottle. For more information, visit www.patrontequila.com.

THE PERFECT WAY TO ENJOY PATRÓN IS RESPONSIBLY.

About PATRÓN Tequila
From hand-harvesting the highest-quality 100 percent Weber Blue Agave, to the traditional, time-honored distillation process and individual labeling, numbering, and inspection of each bottle, PATRÓN tequila is crafted with meticulous precision and care. Though PATRÓN has grown to become one of the most recognized and respected luxury spirits brands in the world, it is still exclusively produced in the Highlands of Jalisco, Mexico, in the same small batches and with the same commitment to quality and craftsmanship. For more information about PATRÓN tequilas and liqueurs, please visit www.patrontequila.com. The perfect way to enjoy PATRÓN is responsibly.

PATRÓN is part of the portfolio of Bacardi Limited, headquartered in Hamilton, Bermuda. Bacardi Limited refers to the Bacardi group of companies, including Bacardi International Limited. 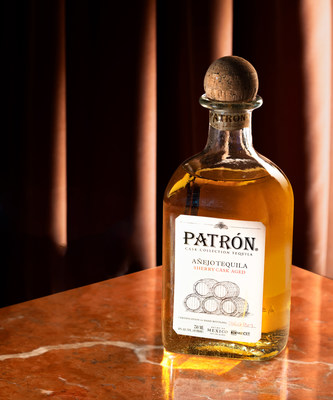 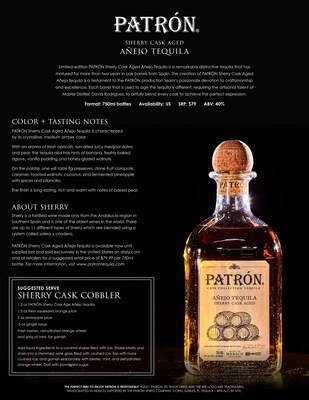 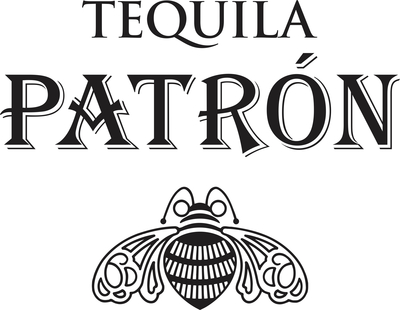