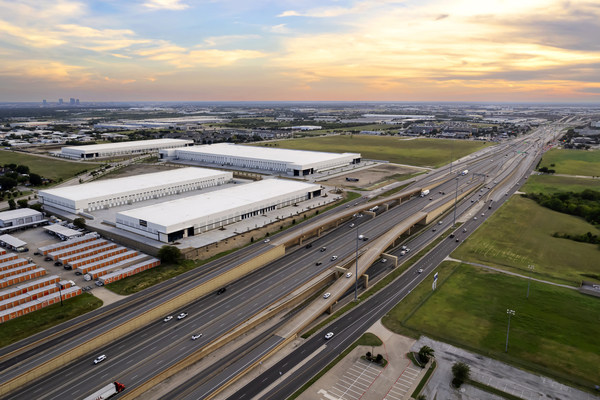 820 Exchange, located between Beach St. and Haltom Road, just South of Interstate 820 in Haltom City, Tex. is a four-building nearly 1 million square-foot industrial distribution project that provides state of the art amenities to today’s logistics users and offers access to key transportation routes in the Dallas-Fort Worth metro area.

«820 Exchange is an A+ industrial project in an infill, high barrier to entry location in DFW that meets the demand for new logistics and warehouse space in the market,» said Creation’s Managing Principal, Josh Zemon. «The sale process with CBRE Investment Management was seamless and we look forward to seeing 820 Exchange flourish under their ownership.»

820 Exchange has near immediate highway accessibility and is only four miles north of Fort Worth’s bustling downtown. Fort Worth has been named as one of the fastest growing and fourth largest metro areas in the U.S.

820 Exchange is currently 71% leased with a 9.9-acre portion being retained by Creation for future development. 820 Exchange was Creation’s first logistics development project in the DFW market. The team, as well as their design build partner LGE Design Build officially opened their Dallas office in early 2020 and have built a pipeline of over $500 million in new Texas projects which will break ground in late 2021 and early 2022.

820 Exchange was developed in a joint venture between Walton Street Capital, the McRae Gomez Companies, and Creation. LGE Design Build served as the general contractor on this project, LGE Design Group was the architect, and they recently completed construction on 820 Exchange in June 2021.

About Creation:
Creation is a Phoenix-based alternative investment and real estate development firm founded by David Sellers and Bob Agahi. Creation has a growing pipeline of over $3 billion of ground-up developments in six markets around the US. Creation’s alternative investment platform has co-founded four companies since 2015 and participated in the funding of more than 90 burgeoning technology startups across the country. Creation also holds several ownership positions in experiential entertainment concepts throughout the country. www.creationequity.com.