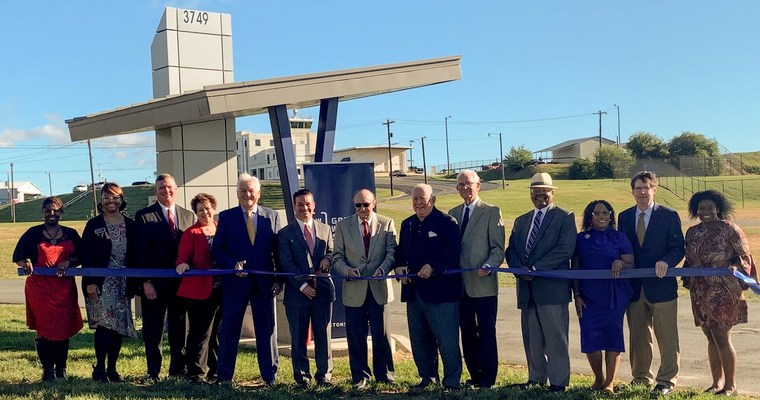 «Piedmont Aviation and Piedmont Airlines are no longer, due mergers and acquisition, but their legacies live on through Piedmont Advantage Credit Union. A quarter of our membership is still affiliated with the aviation industry. Their loyalty is unprecedented in the financial industry. Our partnership with Smith Reynolds Airport furthers this loyalty,» he added.

Former Piedmont Aviation President Jim Taylor echoed Williams’ sentiment and added, «The credit union’s partnership with Smith Reynolds Airport has been positive since our inception.» Taylor is Piedmont Advantage’s chairman of the board emeritus and has served on Piedmont Advantage’s board for more than 50 years.

Piedmont Advantage’s headquarters were on Liberty Street, across the road to the airport, until 2013 when it moved to another Winston-Salem location at the corner of Stratford and Burke Mill roads.

The relocation of the Liberty Street ATM to the entrance of Smith Reynolds Airport became official on November 5, 2020. Due to weather and COVID restrictions, a ceremonial ribbon cutting was delayed until now.

In addition to Williams and Davidson, additional remarks were made by the Greater Winston-Salem Director of Member Relations and Engagement Ditra Miller, Piedmont Advantage Chairman of the Board Emeritus Jim Taylor and the Forsyth County Board of Commissioners Vice Chairman Don Martin.

About Piedmont Advantage Credit Union
Headquartered in Winston-Salem, N.C., and founded in 1949 within the airline industry, Piedmont Advantage Credit Union now serves member owners, who reside, work, worship or attend school in one of the 13 counties it serves in North Carolina or who are employed by one of its many employer companies. These 13 North Carolina counties are Bladen, Brunswick, Columbus, Cumberland, Davie, Duplin, Forsyth, Guilford, Iredell, Mecklenburg, New Hanover, Pender and Rockingham. A not-for-profit cooperative financial institution, Piedmont Advantage has 10 branches throughout its service regions and employs a workforce of more than 120.

Secondary Market Research Sourcing and Procurement Report Forecasts the Market to Have an Incremental Spend of USD 11.9 Billion | SpendEdge