BOISE, Idaho, Oct. 21, 2021 /PRNewswire/ — Today the national food safety law firm of Ron Simon & Associates, along with Peterson Lawyers in Boise, Idaho, filed the first lawsuit in the nation as the U.S. Centers for Disease Control and Prevention («CDC») finally identifies the source of an outbreak of Salmonella Oranienburg affecting victims in 37 states, hospitalizing at least 129 people. 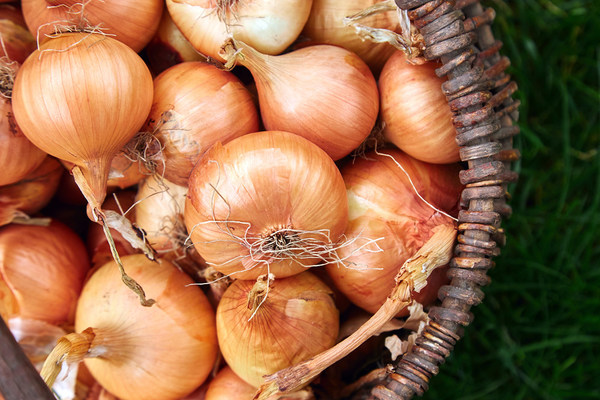 Today the FDA Included Keeler Family Farms of Deming, New Mexico, as another Source of the Contaminated Onions

According to the CDC there are 652 laboratory-confirmed salmonella cases linked to consumption of fresh red, yellow, and white onions imported by ProSource Inc. This number is expected to grow as victims continue to consume these contaminated onions, which have a shelf life of up to three months.  Nearly a quarter of these illnesses are in Texas.

The lawsuit was filed against ProSource Inc. in Washington County, Idaho on behalf of Terry McLean, who purchased a hot dog with onions at a local establishment. After eating it he began experiencing diarrhea, vomiting, abdominal pain, nausea, dehydration, and heart issues.  He was forced to seek medical treatment, was hospitalized, and was found to have salmonella.  He was interviewed by county health officials who confirmed he was part of the ProSource Inc. onions Salmonella Oranienburg Outbreak.

On October 20, 2021, The Centers for Disease Control and Prevention (CDC) identified fresh whole onions as the source of a large outbreak of Salmonella Oranienburg.  The fresh whole red, white, and yellow onions were imported from Chihuahua, Mexico and distributed by ProSource Inc., a company located in Weiser, Idaho.  These onions were sold to restaurants and grocery stores throughout the United States.

According to ProSource Inc., the onions were last imported on August 27, but can last up to three months in storage and may still be in homes and businesses.

The outbreak has already been linked to 652 illnesses in 37 states with 129 of the victims requiring hospitalization. No deaths have been reported.

National food safety attorney Ron Simon, who represents Mr. McLean and many other victims of the ProSource Inc. Salmonella Oranienburg Outbreak, issued the following statement: «Many outbreaks are eventually linked to produce that is imported from companies that do not operate under the strict guidelines imposed by the FDA domestically. We will be using this and similar lawsuits to understand how this happened and to work to prevent future outbreaks.«

Over the last 25 years, Ron Simon and his colleagues have prosecuted thousands of food poisoning cases for victims across the United States.  His work has resulted in numerous upgrades to food safety procedures in Fortune 500 companies and in legislation designed to protect consumers from dangerous food-borne pathogens.

Mr. Simon and his clients have been featured on NBC, ABC, CBS, CNN, FOX and virtually all other major television networks and print media.   Mr. Simon and his legal team have collected over $750,000,000 for their clients.  He regularly publishes articles about food safety and litigation at www.foodpoisoningnews.com which are read by viewers in over 180 countries.

Through litigation, media commentary, and his food poisoning publications, Mr. Simon relentlessly challenges food manufacturers, distributors, and restaurants to do a better job in making our food safe.

For media inquiries or more information on the Salmonella outbreak and ongoing litigation, please contact Ron Simon directly at (713) 819-8116 or ron@rsaalaw.com.