SEATTLE, April 16, 2021 /PRNewswire/ — REX has filed supplementary evidence and analysis in its antitrust case against Zillow and the National Association of Realtors (NAR) to show the staggering negative impact on consumer choice, tech-enabled innovation, and price competition resulting from Zillow’s recent web display change that favors high-commission legacy brokers at the expense of aspiring homebuyers and tech innovators. 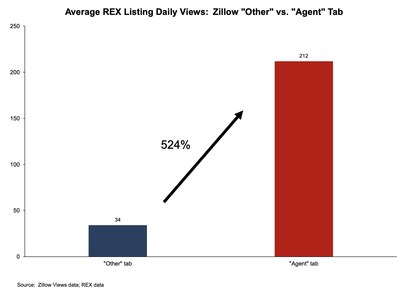 According to analysis authored by Dr. Robert Majure, the former Director of Economics at the United States Department of Justice’s Antitrust Division, Zillow’s previously democratized platform now creates painful outcomes for consumers looking for alternatives to the outdated, pre-Internet model of marketing homes to agents who alone have access to multiple listing services (MLSs), rather than to consumers directly through online tools. Dr. Majure’s research, included in the supplemental exhibit filed in Federal court on April 15, shows that once properties on Zillow move from the hidden to the main tab–now reserved only for homes marketed on the legacy MLS systems–views increase by a staggering 524 percent. Zillow’s web display change is propping up a broken system that should have long ago been disintermediated and replaced by direct-to-consumer technology.

Dr. Majure’s research is compelling: it provides even more evidence that a broker-focused real estate industry hurts consumer choice and drives buyers to high-commissioned homes. Doing so protects an outdated system that REX is poised to replace with its consumer-centric model that combines disruptive technology, the highest trained licensed and salaried agents in the industry, a full suite of integrated services to simplify the transaction, and a flat 2.5% fee compared to the industry’s inflated 5-6% fee that extracts more than $50 billion from American consumers each year.

REX originally filed the federal antitrust complaint in Seattle, Washington against Zillow and the NAR when the company’s clients complained about the second-class treatment that non-MLS-cartel homes were receiving on the platform. According to the complaint, Zillow cooperated with NAR and MLSs to move homes out of its initial search results for sellers who chose not to use agents adhering to the NAR and MLS practices, which, as REX contends, hurts consumers by inflating fees and lowering customer service.

Before this significant change to Zillow’s platform, the company hosted what was once considered to be technology’s great consumer equalizer in real estate by giving shoppers tools that made the opaque and outdated MLS platform obsolete. Zillow is straying from its disruptive roots when it was formed in the early 2000s by joining the Big Broker ranks. Evidence shows that deprioritizing non-MLS members – such as creating a separate page as Zillow has done – has a significant impact on consumers looking to buy and sell real estate in the market. This separate page ultimately bails out legacy brokers for failing to adapt to digital technology while hurting consumers.

About REX (rexhomes.com)
REX is resetting the traditional real estate broker model and upending how Americans interact with real estate — from buying and selling processes to managing all aspects of your home, including maintenance, landscaping, mortgage, escrow, title, insurance, and moving. REX is dramatically lowering costs and improving the consumer experience in real estate to help Americans unlock the wealth in their homes. We’re headquartered in Austin, TX and run by engineers, data scientists, and market experts with prior experience at Google, Facebook, Amazon, Apple and Uber. REX works as a partner in the global fight against housing insecurity. For every 50 homes sold at REX, the company builds a home for a family that would otherwise be unable to realize the dream of homeownership. Check out REX’s newsroom (newsroom.rexhomes.com) for the latest press releases, podcast episodes, market analysis, useful data for stories on tech and real estate, and information about the company. 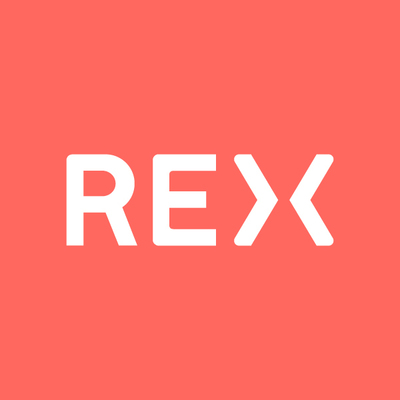