HOUSTON, June 30, 2021 /PRNewswire/ — Surgeons who pioneered an in-utero procedure that has improved the outcomes of children with spina bifida, and their mothers who underwent the fetal surgery, performed the 100th surgery of its kind Tuesday at Texas Children’s Fetal Center. 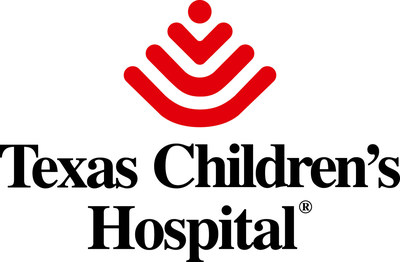 Drs. Michael Belfort, OB/GYN-in-Chief at Texas Children’s Pavilion for Women, and William Whitehead, a pediatric neurosurgeon at Texas Children’s, performed the first successful two-port fetoscopic surgery for spina bifida in the world back in 2014, a technique which they developed.

«This milestone is very exciting and has been years in the making at Texas Children’s,» said Belfort, who is also professor and chair of the Department of Obstetrics and Gynecology at Baylor College of Medicine. «Fetal surgery for spina bifida improves the baby’s chances of being able to walk and decreases the need for a shunt to drain fluid from the baby’s brain. Our procedure allows the mother the chance of a normal term delivery and reduces her risk of the type of complications that may be seen with the open uterus approach. We hope that our outcomes will inspire other physicians to use this technique to improve spina bifida care across the world.»

Spina bifida occurs when the neural tube of a baby fails to close during the first month of pregnancy. It is the most common spinal defect in the U.S., affecting 1,500 to 2,000 babies born across the country each year. It can cause children to experience difficulty walking, to have abnormal bladder or bowel function, and to need complex care for hydrocephalus, a buildup of fluid in the brain which often requires a shunt to be placed from the brain to the abdominal cavity for drainage.

Many centers around the world treat spina bifida prenatally, but most of them offer what’s known as the «open procedure» – an operation in which the baby’s spine is repaired via a 7-10 cm. opening made in the uterus. This incision, called a hysterotomy, potentially increases the risk of pregnancy complications. Women who undergo the open procedure require a preterm (usually 34-35 weeks) cesarean delivery for the current pregnancy, as well as all future pregnancies, to avoid the risk of uterine rupture. In addition, the babies may experience serious problems associated with prematurity. To counter these risks, Belfort and Whitehead developed a minimally-invasive fetoscopic method that offers the same neurological benefits as the open method to the child, but presents less risk to the mother and less risk of prematurity to the baby.

«In the two-port fetoscopic procedure we developed here at the Fetal Center, we externalize the uterus and place two 4 mm. uterine ports into the amniotic cavity through which we operate. Throughout the course of the surgery, we remove most of the amniotic fluid and fill the uterus with carbon dioxide gas, which allows us to visualize the baby via a small camera inserted through one of the ports,» Belfort added. «The result is that most mothers have delivered around 38 weeks instead of at 34 to 35 weeks, and about 50% have had a vaginal delivery. They can be treated as any other pregnant woman would.»

«The benefits to the mother are what convinced me to be part of this fetoscopic program, and I am even more pleased now to see that the later gestational age at birth also has benefits for the baby,» added Whitehead, who is a professor of neurosurgery at Baylor.

Beginning in 2011, Belfort and Whitehead spent three years developing and practicing the two-port fetoscopic method before they performed the procedure on the first patient. They collaborated with physicians in Barcelona, Spain to perfect the technique.

«Performing this fetoscopic procedure through two ports is certainly more difficult than the traditional 3-port or 4-port techniques used in most minimally invasive surgeries. Dr. Whitehead and I each control one instrument, and it required hundreds of hours of simulation and animal surgery to develop and perfect the complex steps needed to complete this surgery. It’s fortunate that we really like each other since the close quarters work for hours on end can be taxing,» Belfort said, laughing.

Belfort and Whitehead said they perform the surgery through two ports because they believe it is critical to use the lowest number of uterine incisions that will allow the surgery to be done. This minimizes the chance that there will be rupture of the membranes and leakage of amniotic fluid after the surgery.

«Such complications will usually result in a preterm delivery,» Belfort said.

In 2014, the procedure was considered an investigational surgery and the team began a research study that was overseen by four safety groups: the Institutional Review Board at Baylor College of Medicine, the U.S. Food and Drug Administration, a Data Safety Monitoring Board, and the Texas Children’s Hospital Fetal Therapy Board. Based on the positive outcomes seen and published, the procedure is now the standard of care for eligible patients at Texas Children’s Fetal Center.

«Quality, safety and transparency are of the utmost importance to us. We don’t take these cases lightly and we report all of our outcomes. We want patients to know if they come here and put their life and their baby’s life in our hands, we take it very seriously,» Belfort said.

Althea Canezaro of Louisiana was the first patient in the world to undergo the procedure with her son, Grayson, who just graduated kindergarten and will turn 7 in September. She said Grayson has full movement of his legs, walks without the assistance of a walker most of the time, and loves to hunt and fish.

«Grayson is thriving and our family is so grateful to Dr. Belfort and Dr. Whitehead for making it possible for him to reach his milestones,» Canezaro said. «They alone gave us the comfort in knowing we were going to be okay. Every day, Grayson amazes me with his progress. The unknowns we had early on in his spina bifida journey are no more. I would do the procedure over again in a heartbeat. With this procedure at Texas Children’s Fetal Center, there is a hope and a future for children with spina bifida.»

Belfort and Whitehead are now training physicians from all over the U.S. and the world to perform this novel procedure.

«There are babies on four continents and more than 12 countries who have benefited from the fetoscopic approach. We hope to continue improving spina bifida outcomes for children and mothers, wherever they may be. Additionally, since fetoscopic surgery in a carbon dioxide gas environment now allows us to think of the uterus as a new surgical space, we are looking forward to innovating additional fetal surgeries to address other life-limiting or life-threatening congenital anomalies,» Belfort said.

Texas Children’s is ranked third among the best children’s hospitals nationally by U.S. News & World Report. The hospital’s neurology & neurosurgery programs also rank second. For more information on the procedure or to make an appointment, visit our website.

Sustainable Eating for a Better Earth