WOODBRIDGE, Conn., April 28, 2021 /PRNewswire/ — Athletes will alter the way they fuel for sport by using real-time data to understand the impact of nutrition on performance. 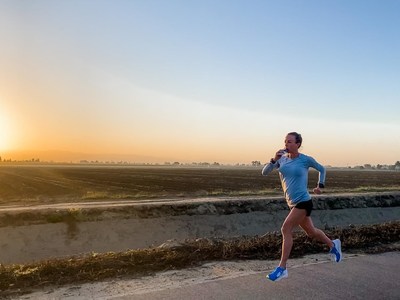 Continuous glucose monitors (CGMs) are being used by elite athletes and fitness enthusiasts to better understand the impact of blood sugar on performance. A recent study on blood sugar shows diet and exercise must be considered together to improve performance and health, and that chronic high blood sugar negates the impact of exercise.

Rethinking How To Fuel for Exercise

CGMs are exposing the weaknesses of fast-acting sugary sports nutrition products, which can send an athlete’s blood sugar soaring above, then crashing below, the ideal range.

«We’ve always thought of energy as needing sugar rapidly, but that can actually disrupt your metabolism and your ability to burn fat,» says Dr. Cathy Yeckel, human metabolism researcher at Yale University. «What you actually want is little bits of energy over time to keep blood sugar stable.»

«The bottom line is that traditional sports fuels are not the most effective way to enhance performance and promote health,» says Dr. Jeff Volek, leading nutrition researcher and Assistant Professor of Kinesiology at Ohio State University. «A more optimal carbohydrate would provide a slower release and use of carbohydrate as fuel while simultaneously permitting increased breakdown and utilization of fat.»

There are many advantages in keeping blood sugar stable and avoiding excess glucose in the body:

«It doesn’t matter the age, athlete or sport – regulating your blood sugar is critical for any athletic or health conscious individual,» says Bob Seebohar, registered dietitian and former sports dietitian for the U.S. Olympic Team.

A Game-Changing Innovation in Sports Nutrition

The UCAN Company stands apart from traditional sports nutrition products with an extraordinary innovation in sports fueling with UCAN Edge, the first and only energy source designed to maintain stable blood sugar levels.

SuperStarch®, the unique underlying ingredient in UCAN’s products, was originally created to provide energy for a child with a rare condition that prohibits the body from producing its own blood sugar, resulting in frequent and dangerous episodes of hypoglycemia. Out of this need came a one-of-a-kind, slow-releasing complex carbohydrate that delivers steady, long-lasting energy without causing spikes and crashes in blood sugar.

«Despite the creation of a multi-billion dollar sports nutrition market, there’s been little innovation with respect to formulation until SuperStarch.» says Dr. Volek. «SuperStarch represents a major advancement and is legitimately the most exciting development in sports nutrition this century,»

«I love that UCAN can provide fuel without spiking blood sugar & insulin,» says Sara Hall. «As a human biology major and someone always looking to optimize my nutrition for performance, I really appreciate, at a cellular level, how this product works.»

As the way we evaluate performance changes, the understanding of performance enhancement through nutrition will also evolve. UCAN is uniquely positioned as an innovator in sports nutrition with a patented, breakthrough ingredient that is trusted by elite athletes and scientifically proven to maintain blood sugar levels.

Based in the US, UCAN is a company obsessed with the science of health and performance. UCAN enables athletes to gain confidence in their inherent abilities to surpass their performance by unlocking their body’s full potential through smart nutrition. UCAN products utilize SuperStarch®, a patented, slow-releasing complex carbohydrate that delivers steady, long-lasting energy without triggering an insulin response. Originally created for a child with a rare metabolic disorder, UCAN Energy Pouches, Powders, Energy Mix and Energy Bars are trusted by over 80 colleges, 40 pro teams, Olympic marathoners, elite triathletes, cyclists, group fitness coaches, thought leaders in health and performance, boxers,  and recreational athletes for foundational nutrition to unlock performance. Learn more at ucan.co, and get the latest news in the UCAN world by following @GenUCAN on Facebook, Instagram and Twitter. UCAN nutrition products are currently available in powder, pre-mixed, energy mix, and bar formats, in a variety of flavors, at 350+ specialty run, bike and tri stores around the country, Lifetime gyms, and can be purchased online at ucan.co or on Amazon.